Cuddalore District is located along the Eastern Coastal Region of the State of Tamil Nadu and bordered by Villupuram, Nagapattinam and Perambalur. It is an ancient district. This District was called Thondai Nadu in olden days. Cuddalore traded with the Roman Empire approximately 2000 years ago. Archaeological evidence of these ancient trade relationships can be found in the Cuddalore Government Museum in Manjakuppam. The famous temple of Lord Nataraja  at Chidambaram is situated in this district.

The district was ruled by  Cholas, Pandayas and Pallavas and later by the Dutch, French and British  governments. Cuddalore city is the capital and is a fast growing industrial town. The  confluence of three rivers namely Penniyar, Gedilam and Paravanar gave the city the name “Koodalur” in ancient times.

Agriculture is the main industry in the district  and 60% of the cashews from Tamil Nadu are grown here.  Neyveli lignite corporation is a minor industry.

The district is also one of the most robust fishing areas in the state of Tamil Nadu, and home to a large number of fisher population. Economically more  than 35% of the people of the district are below the poverty line.

The District has a long coastline and therefore the district is vulnerable to the cyclonic depressions and the resultant rains which cause floods.The Tsunami of 2004 wrecked havoc in the district and every year the monsoons and cyclones take a great toll.

TNF helped  to rebuild the homes of 215 beneficiaries in the village of Sathamangalam who were affected by the 2015 Floods. 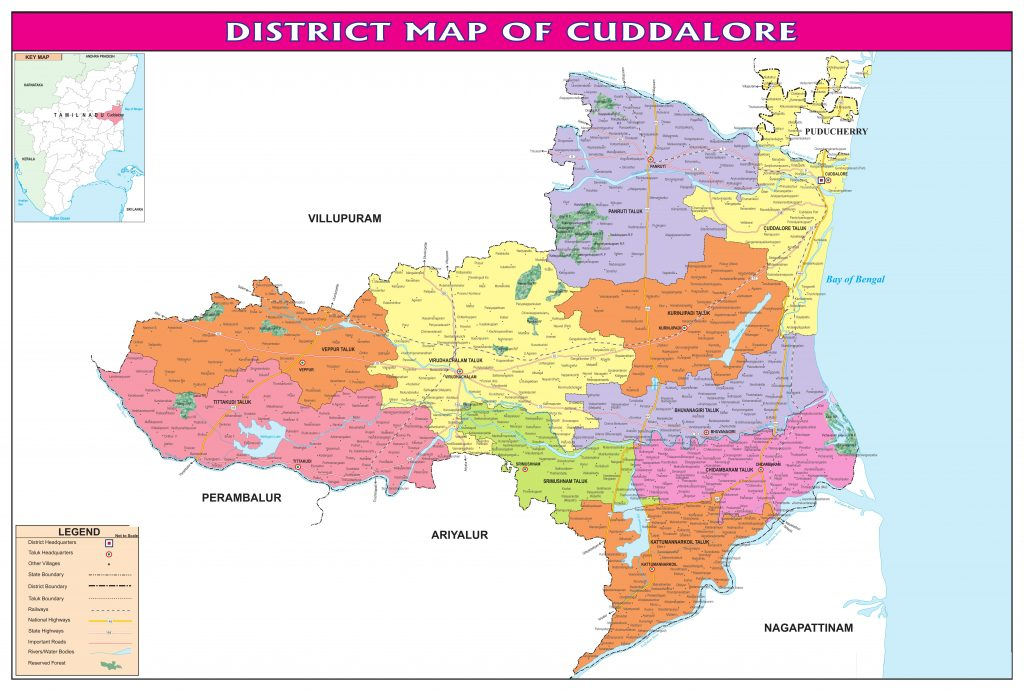 TNF Chicago Chapter has adopted Cuddalore as the sister district and has sponsored five schools in the district since 2014. The program serves 544 underserved students in rural areas of the district. Through the years the children have shown great progress and remarkable improvement .

Donate generously to the district and TNF can implement the ABC Initiative in more schools in the district.

The children of the fishing community who live below the poverty line need all the help they can get.