We have a very long way to go!

Kallakurichi district was split from Villupuram and was  inaugurated as the 34th district in November 2019. Kallakuruchi town is the district headquarters. Ulundurpet, Chinna Salem, Thirukovilue are some of the major towns.

Agriculture is the major industry  with paddy, maize, sugarcane, black gram etc., as major crops. The district is mainly rainfed / tank irrigated along with Gomukhi and Manimuktha dams.

The hill tribes are warriors belonging to ‘KARALAR’ community that came  from Kanchipuram and settled in Kalrayan hills. Kalrayan hills  has numerous water falls, jungle streams, rivers and rivulets. The place is a veritable paradise for trekkers. It is also called as ‘Poor man’s hill station’ of Tamil Nadu. The Summer Festival is conducted to create awareness among the tribes.

As per the 2011 studies Kallakurichi has a 64% literacy rate as compared to the 80% literacy rate of the state of Tamil Nadu. The literacy levels of the tribals is even lower than the district level.

With your help TNF can implement the ABC initiative and help the underserved tribal people of the district. 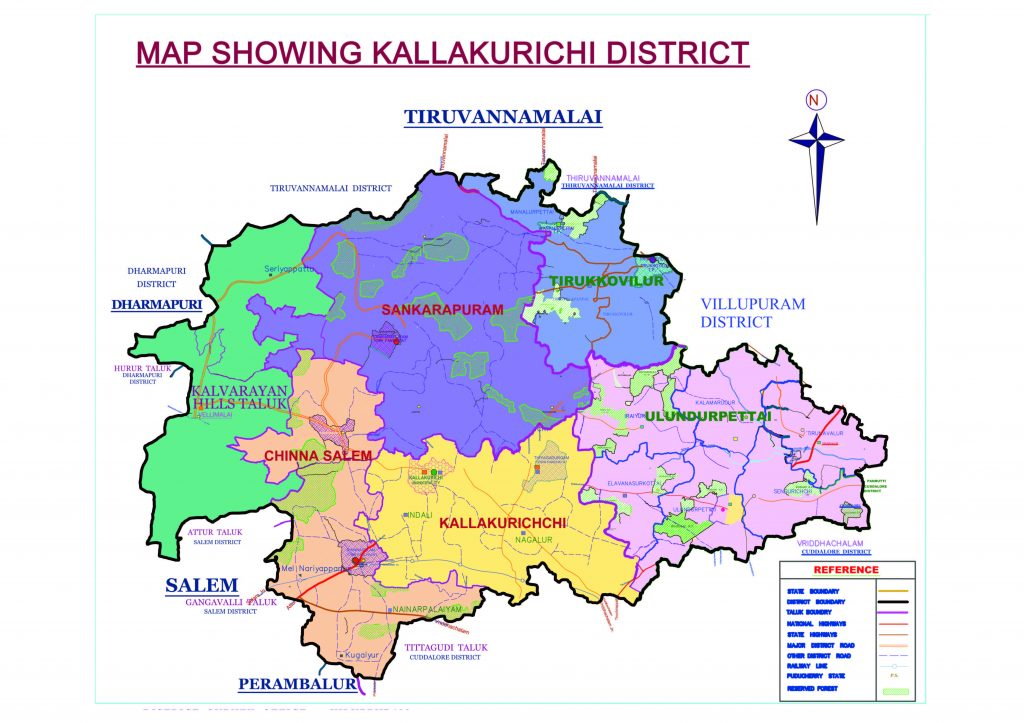