The new Tenkasi district was bifurcated from Tirunelveli in 2019. The District is surrounded by the western ghat hills in the West, Tirunelveli District both in South & East, Thoothukudi district in East and Virudhunagar District  in the North. The Chittar river  flows through the district.  The famous Coutrallam Falls is on Chittar River. The waterfalls of Courtallam are said to have  medicinal value as they run through forest and herbs before their descent. Courtallam is called as “Spa of South India”. Tamil poet Thirikooda Rasappa Kavirayar sang about the beauty of this place in his “Kutraala Kuravanji”.

The Kutralanatha swamy temple is the location of Chitra Sabha, one of the five abodes or Sabhas  of Nataraja, a form of Lord Shiva.The temple has inscriptions  dating back to the thirteenth century CE. Records show that  Veera Pandyan, Parakrama Pandyan and the Nayaks  ruled the region.

The National Child Labour Project introduced in Tirunelveli District (Tenkasi was part of  Tirunelveli then) in  December 1999.  Identified child laborers were admitted in Special Schools and they were mainstreamed within two years. The adolescence groups of children were given life skill training along with vocational training. Due to wide publicity and awareness programmes in the District, total numbers of child labourers have been reduced. The total number of child laborers in 2017-2018 was 1593. ( The above is courtesy of Tamil Nadu Government website) https://tenkasi.nic.in/national-child-labour-project-nclp/ 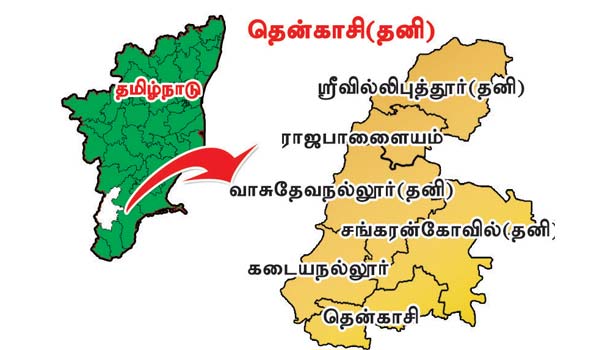 The TNF Washington DC Chapter has adopted Tenkasi as a sister district. The chapter supports the ABC Initiative in three  schools in the district since 2016.

The future of the children who are child laborers in the district is in your hands!

Let us join together to liberate them from being laborers to scholars!

Donate generously to Tenkasi district so that TNF can implement more ABC programs in the district!