We have a  very long way to go!

TNF Memphis Chapter has adopted the Government Higher Secondary School in Uppoor and 123 students from the school benefit from the ABC Classes. 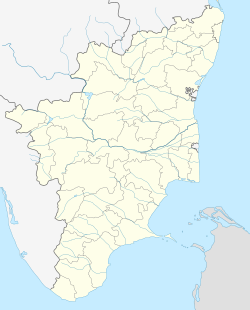 Fisheries, horticulture and agriculture are the contributors for the economy of the district. Fishing villages dot the coastline.

The Ramanathaswamy temple in Rameswaram is a delight for every tourist. With its magnificent, imposing structure, long corridors, aesthetically carved pillars, the temple is adorned with a towering 38-metre ‘Gopuram’. The temple itself was built by rulers starting in the 12th century with Sethupathy Maravar beginning the construction of the grand Ramanathaswamy temple that boasts of the ‘Third Corridor’, completed by his successor, Maravar.  The corridor is considered to be the longest one in Asia with a 197-metre span from East to West and a 133-metre span from South to North, the third largest in the world!  It is said that Swamy Vivekananda offered prayers at this temple in 1897.

The 2.2 km. length Pamban bridge connecting the Rameswaram Island and the mainland is the longest bridge in India constructed over a bay.  Similarly the railway SCISSORS bridge connecting the island is noted for its unique opening to pass the ships through the sea. President Dr. A.P.J. Abdul Kalam Memorial is another tourist attraction in Rameswaram. Erwadi Dargha, the tomb of Sultan Ibrahim Syed Aulia, who came from Arabia via Cannanore about 800 years ago is visited by pilgrims from far off countries like Srilanka, Malaysia and Singapore. Santhanakoodu Festival celebrated in February-March attracts thousands of pilgrims.