Salem district, fondly referred to as “Land of Steel” and “Land of Mangos” is a Geologist’s paradise surrounded by hills and the landscape dotted with hillocks. The date of human civilization in this district reaches far back to the stone ages as evidenced by the discovery of Paleolithic and Neolithic stone implements in this district. Salem was part of the Vijayanagara empire before being captured by Hyder Ali during the early 18th century and was the first district to be formed in India on April 4,1792  during the British rule.

Salem Nagar  is the headquarters of Salem district and is surrounded by hills in all directions and a major textile center in Tamil nadu. Other than steel and textile industries, Salem district houses a number of Sagu factories for the production of starch. Salem has a vibrant culture and has many places of worship like Kottai Mariamman Temple, Sugavaneshwar Temple,1008 Lingas Temple, Oothumalai Murugan Temple, Jema Masjid and many more. The annual 5 day festival during the Tamil month of Aadi is a cultural showcase of Salem.

The picturesque Yercaud, a hill station near Salem in the Servarayan range of hills in the Eastern Ghats is a popular summer resort in Salem district and attracts many tourists. Mettur dam built across the river Cauvery in 1924 -1935 is another tourist attraction in Salem district. 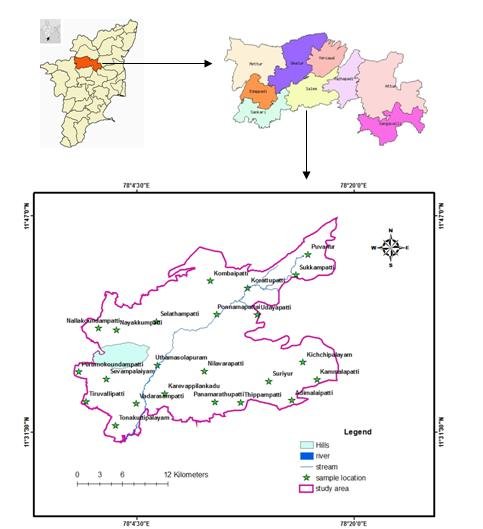 Salem District is adopted as a sister district by TNF South Florida Chapter.

In 2019, the chapter adopted the following three schools in rural areas of Salem district as part of the ABC Project.