The district has beautiful coastal towns with sacred temples, churches and mosques. The remains of ancient civilization are found in Adhichanallur. Many freedom fighters such as Veerapandya Kattabomman, V.O Chidambaram Pillai,  Subramaniya Bharathi, Vanchinathan, are from this district. The district is also the home of G.U.Pope, Caldwell and Veeramamunivar who have contributed to the growth of Tamil language and literature.

Marine trading, fishing, tourism and agriculture are the main industries in the district. Many thousands of species of flora and fauna are found in this region. 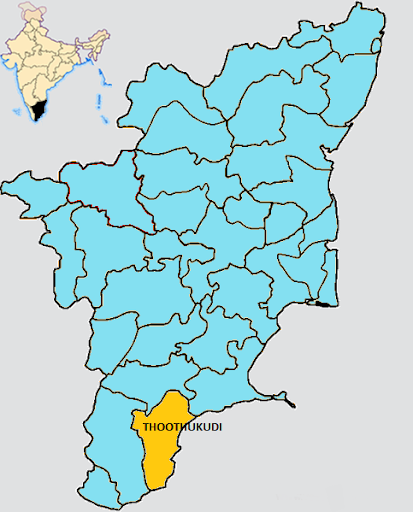 TNF Washington DC Chapter has adopted Thoothukudi as a sister district and has supported the ABC Initiative in six schools in Thoothukudi.

Here are some photos from the schools.

Please donate generously to Thoothukudi District. With your help TNF can provide