The Nilgiris District : Nilgiri (நீலகிரி or Blue Mountains ) is also the name given to a range of mountains spread across the states of Tamilnadu as well as Karnataka and Kerala.  The name may come from the smoky-like haze that envelopes the area, or the kurunji flower which blooms every twelve years giving the slopes a bluish tinge. The high altitude of the Nilgiris produces a cooler and wetter climate than the surrounding plains, making the region a popular retreat from the summer heat (Summer Capital). Ootacamund (Ooty), or Udhagamandalam, the district capital, constitutes the principal town of the area.

The other main towns in the Nilgiris include Coonoor, Kotagiri, Gudalur and Aruvankadu. Well-known tourist spots in Coonoor include Lambsrock and Sims park. In Sims park, the city hosts a “Fruit Show” in the summer. Ooty is known for Flower Show at the Botanical Garden, Boat ride on the Lake. The mountain Doddabetta has the highest elevation in Tamil Nadu (8,650 ft).

UNESCO designated the Nilgiri Mountain Railway a World Heritage Site, which runs from Mettupalayam to Udhagamandalam via Coonoor, carrying a regular passenger load of locals and tourists. The economy of the Nilgiris District, an agricultural district, depends upon the success of crops like potato, cabbage, carrot, tea, coffee, spices, and fruits. Plantation crops such as tea and coffee make up the largest share of the agricultural economy. The area also produces eucalyptus oil.

The forests serve as home to the largest herd of Asian Elephants in India, which range from the Nilgiris to the Eastern Ghats. The Nilgiris and the South Western Ghats also serve as one of the most important tiger habitats in India. The grasslands serve as the home to the endangered Nilgiri Tahr, which resembles a stocky goat with curved horns.

There are many well known residential schools in and around Ooty, Coonoor, and Kothagiri.

The Nilgiris district has been the homeland of native tribal peoples including the Todas, Kotas, Paniyas, and Badagas. TNF’s ABC Initiative  will help the children of the tribal people and the laborers in the tea estates. 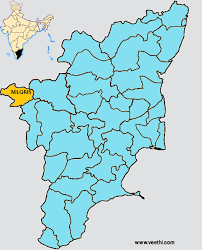 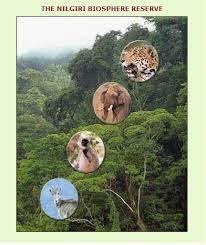