Perambalur District is centrally located in Tamil Nadu. The district was part of the Tiruchirapalli district and was formed with Perambalur as the headquarters in the year 2000 and was further divided into Ariyalur and Perambalur districts in 2007. The district was under the rule of the Nawab of Arcot, Mohammed Ali, Tipu Sultan, and later by  the British.

Agriculture is the primary occupation of Perambalur district. The ground water resource through tube wells and wells are the most important source of irrigation. Perambalur accounts for about 24% of the small onion produced in Tamil Nadu and holds the first place in its production in the State.

The National Fossil Wood Park in Sattanur is of geological importance.. Geological study shows that more than 120,000,000 years ago, the sea (which lies today about 100 k.m. East of Sathanur) had transgressed as far as 8 to 10 km West of Sathanur. During the cretaceous period the marine animals and mammals that lived in the region along with the trees sank to the bottom of the sea and were buried by sand and clay and were  petrified in course of time. The petrified tree trunk ( seen above)  at Sathanur measures over 18 meters in length.

Arulmigu Ekampareshwarar and Thandayudhapani Temple  in Perambalur   and Arulmigu Mathura Kaliamman  Temple at Siruvachur are famous places for worship in the district.

Ranjakudi fort was the focus point during the Battle of Valikondah during 1751 is another tourist attraction. 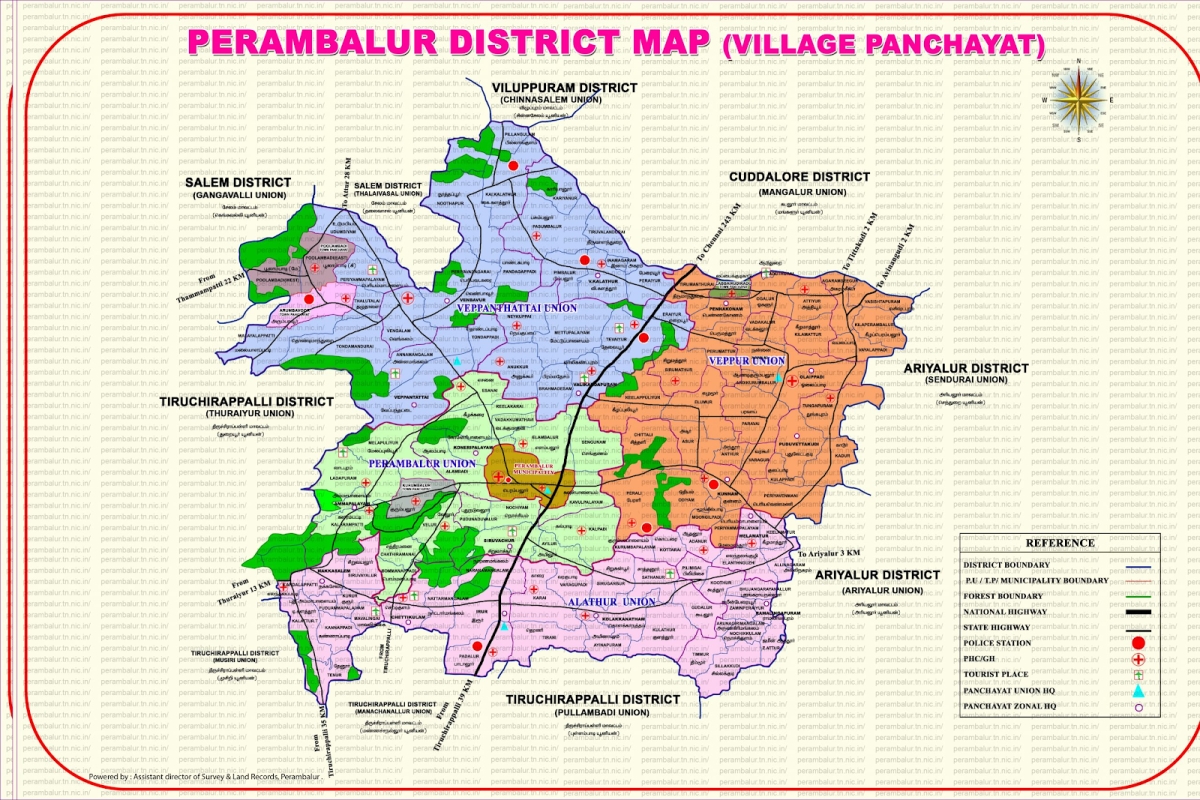 With your generous donations TNF can implement  the following projects in the Government Schools in the district: