Ranipet District was bifurcated from Vellore district in November 2019.

Ranipet was built around the year 1771 by Sadut-ulla-khan, the Nawab of Carnatic, in honor of the youthful widow of Desingh Raja of Gingee, who committed Sati upon her husband’s death. Out of respect for Desingh Raja’s valour and his wife’s devotion, the Nawab formed a new village opposite to Arcot on the Northern bank of Palar river and named it Ranipet.

Along the Palar river  a grove  contains 9 lakhs of trees and is  named “Navlakh Bagh”.

South India’s first rail was operated between Royapuram to Ranipet. An Archaeological site museum is now situated in Arcot Town. The museum exhibits the artifacts taken from excavations in Vellore District.

The Narasimhar Temple in Sholingar and Ratnagiri Murugan Temple are famous. Theru Koothu, Kai Silambattam, KokkaliKattaiyattam and Kurambattam are some of the folk dances practiced in the district.

Arcot is famous for the  Makkan Peda, a delicious sweet filled with dry fruits. 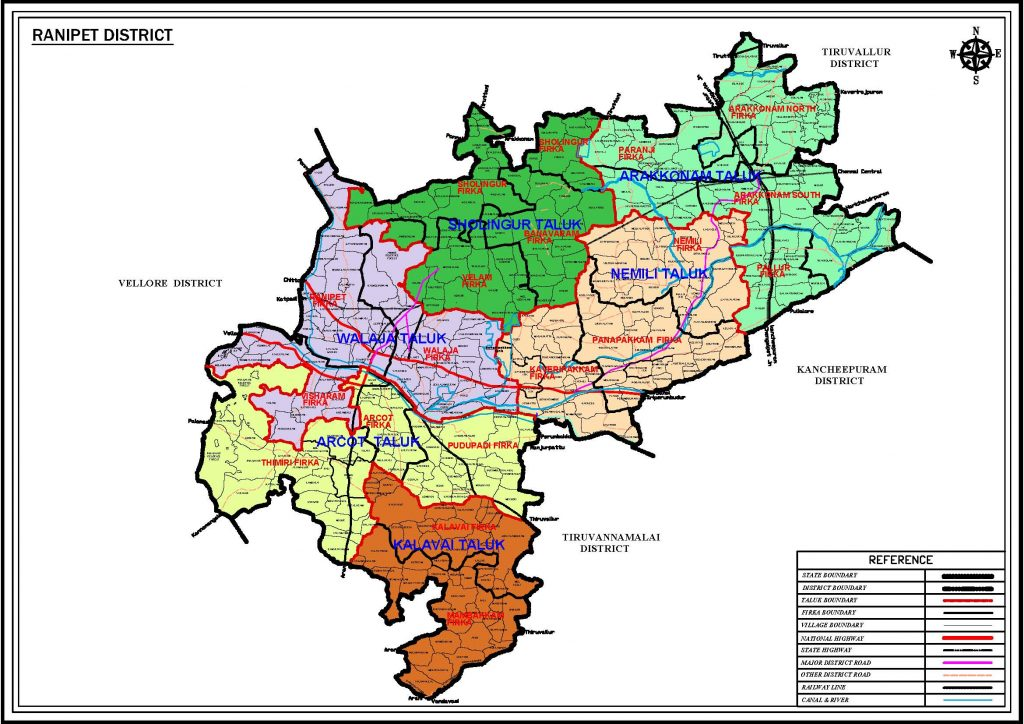 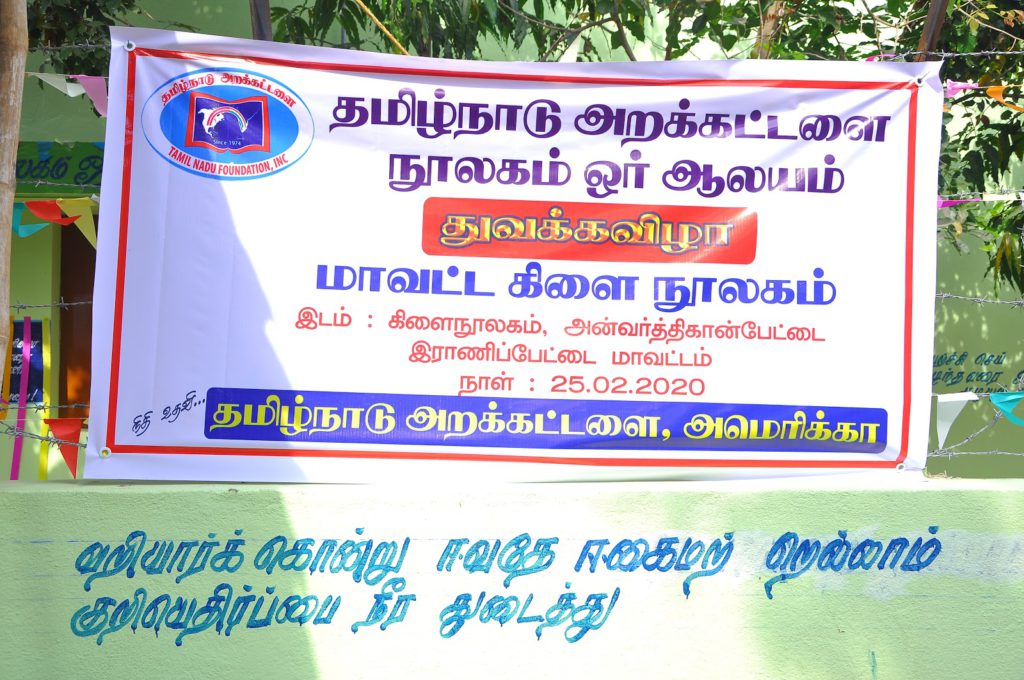 TNF has renovated the local library in Anvarthikanpet, Ranipet District, as part of the Libraries are Temples program. The library is situated in the heart of the town and next to the school.

TNF New York Chapter has adopted Ranipet as the sister district and has supported the TNF ABC Initiative in three schools since 2013.

The students from these schools have shown great improvement in their progress since inception.

TNF Atlanta Chapter along with the Greater Atlanta Tamil Sangam  raised funds during the 2019 TNF Convention in Atlanta and supports the TNF ABC Initiative in  two schools in Ranipet. The schools are in the interior part of the district and the children are from underserved communities.

Please donate generously to Ranipet District. With your help we can renovate more libraries and help more schools!