Laia Foundation is an Indian Charitable Trust dedicated to building a better future for the people in the villages around Vedanthanal. For eight years, more than 1,000 students, along with hundreds of women and children, have benefited from the services of Laia Foundation. 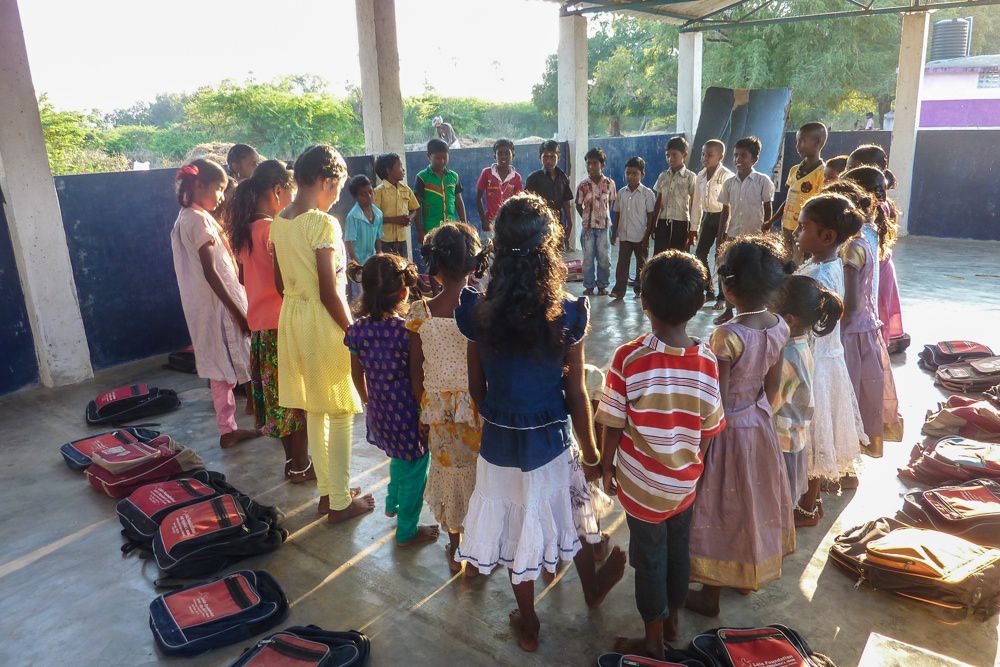 In 2002, an investment banker of Barcelona Spain, came to India as a tourist. He did not visit South India at that time. But he liked India so much that, in 2004, he volunteered to serve in India through Service Civil International an international organization based in Europe. He was assigned to a project in Vedanthangal.

Most people volunteer for three months but he opted for one year. Also in the same year was another volunteer, Miss. Laia Mendoza of Barcelona. She volunteered for three months, and was also assigned to Vedanthangal. During the time when they were both there, the Tsunami of 2004 hit the area, killing 8,000 people and leaving hundreds of thousands homeless.

Within 10 days after the Tsunami hit, they raised funds sufficient to build hundred houses, and to supply ten fishing boats so that the fishing families could return to work. Encouraged by the success of this initiative, they decided to start a project in Vedanthangal, where they worked as volunteers for months.

Most of the inhabitants of this area belong to the most deprived communities of the country. They live below the poverty line, earning their livelihood as farm laborers. These people, though poor, wanted their children to be educated like the other children. The people were not satisfied with the quality of education provided in the rural schools. A request came from parents of students for facilitating after school support centers, in which their children could find the appropriate environment to learn what they missed in their schools.

Sadly, Laia Mendoza was killed in 2005 in a traffic accident in Spain, where she was raising money for the initiative. A foundation in her memory was established to channel the support of Laia’s family and friends who identified themselves with the initiative.

A day in the life of a child in the Laia Foundation.

Over these years, the project gradually expanded and got consolidated. Laia
Foundation runs 16 after-school support centers, benefiting over 400 students and employing 21 part time teachers. This educational program is a, multi-year, intensive effort to improve the learning levels of children in the poorest and most marginalized villages in Tamil Nadu.

In each village, 2 local tutors are hired and trained to provide two hours of after-school evening support classes for the children. Each child’s skill level is tracked, using a ‘skill chart’ and children who lag behind are given special attention. Specially designed games and activities help children to focus more and learn better.

Laia Foundation also runs a kindergarten with 50 students. The educational
methodology encourages student participation and learning through games. The school was founded in 1995 by the organization, Service Civil International. The parents of the students appreciate the quality of education offered at the centers and participate in the project by contributing a fifth of the project’s budget.

One of Laia Foundation’s project works towards empowering marginalized women through the creation of Microcredit Fund that benefits more than 300 women and their families. Laia Foundation supports these women so that they can achieve self-sufficiency and economic independence, leading to the strengthening of their role in social sectors.

Since 2006, the Foundation has supported several Government schools in the area of its operation. One of the main concerns was to reduce the pupil-teacher ratio and improve the quality of education. With this purpose, the Foundation donated funds to Parent Teacher Associations to enable them to recruit additional teaching staff. The following schools have been benefited:

Also, the Foundation has given support to schools and Government Daycare Centers (anganwadis) through the following support actions:

Laia foundation started with one school and the geographical area of Laia foundation increased because of the invitation by the adjacent villages to help their children.